The Glossary of Education Reform tells us that:

Co-curricular refers to activities, programs, and learning experiences that complement, in some way, what students are learning in school—i.e., experiences that are connected to or mirror the academic curriculum. 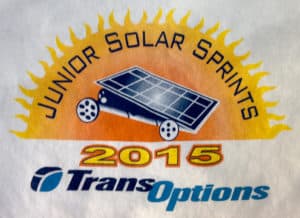 Co-curricular activities are typically, but not always, defined by their separation from academic courses. For example, they are ungraded, they do not allow students to earn academic credit, they may take place outside of school or after regular school hours, and they may be operated by outside organizations. That said, these traditional distinctions between academic and co-curricular programs are being eroded in some schools—see learning pathways for a more detailed discussion.

A few examples of common educational opportunities that may be considered co-curricular include student newspapers, musical performances, art shows, mock trials, debate competitions, and mathematics, robotics, and engineering teams and contests. But given the differing interpretations of the term, as well as its many potential applications, it’s best to determine precisely how co-curricular is being used in a particular educational context.

The Glossary of Education Reform
http://edglossary.org/co-curricular/

No changes were made.